This is not an exhaustive list of Forsaken-relevant locations, but these are certainly some of the most trafficked. Also, please refer to the Hisil locations as well.

There are several Turs around the city and surrounding area. Before the The Wounding of Bancroft, they were casual formalities. Since, they've become more designated safe places.

The rules standard to every Tur in the city are as defined below and apply to every Forsaken, Wolf-Blooded, supernatural or mortal packmates. 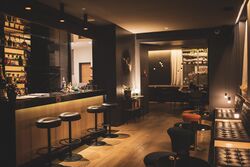 Amadeus Lounge is owned and operated by the new money, ex-pat Uratha Ianto Thomas and represents an early gamble and eager investment into the local community in a calculated effort to put down roots when Ianto first immigrated to Philadelphia in 2005.

It worked, and the proprietor has spared little expense in furnishings and amenities. It has Wi-fi, strong booze, private rooms, and plenty of dressed-up raw meat dishes on the menu, and occasionally the premises will be closed for a People-only "private event". 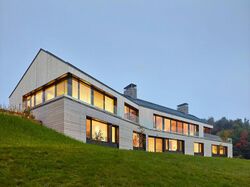 The Yakaon House is the, in essential terms, the Philadelphia wolves' inheritance bequeathed by Tkuaxwe, or He Who Walks Slowly, a Lenape Elodoth of the late 19th century who acted as a community organizer, first, and later as an older brother figure to many young firebrands who resisted the influence and resonances of the Second Industrial Revolution at the turn of the 20th century, when textile and steel mills, automotive and chemical plants dominated the skyline with smokestacks and exploited the working poor.

While his descendants still maintain legal ownership of Yakaon House, Tkuaxwe's wishes dictated that it be a place of public service to the Philadelphia Forsaken, and a hot shower and a fresh bed has always been provided to any of the People that should have need of it. 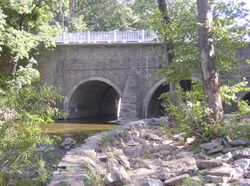 The smallest Tur location and the only one that is also a glade, this bridge has served as clandestine and safe place to meet for the Uratha for centuries.

It's rumored that the Frankford Avenue Bridge was one of the original meeting places involved in brokering the first armistice that pre-dated the Charter of the People's Delaware Valley Protectorate, and it's not uncommon for young wolves to regard it with an extra bit of reverence, despite how small and non-descript it is.

Fighting in a glade requires a successful Resolve roll, and all violent actions (including entering Gauru) incur a -2 penalty. If the roll to enter Gauru while in Death Rage fails, the Death Rage immediately ends.

There are non-Tur locations around Philadelphia that are also often frequented by the People. 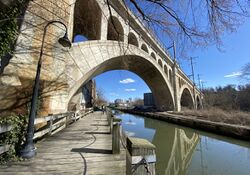 Sometimes, a rendezvous is best taken as a walking meeting, and the Canals are perfect for that, which is not to say that you won't occasionally see someone or someones loitering underneath its arches or alongside one of its narrow waterways.

While relatively pleasant during the day, at night, some segments are quite poorly lit, particularly those further from city center, and in the dark it's easy to remember that it's rumored there are troves of strange bones buried underneath the rubble used to fill the parts of the canal that have been closed.

Once a coal loading dock on the banks of central Delaware River, the aptly named Graffiti Pier has been a take-all-comers spraypaint canvas for nearly two decades since the doc was decommissioned and the pier officially closed, and local police attempts to make trespassing there illegal be damned. It doesn't stop the dedicated tag artists from leaving their mark, nor is it enough to deter local Uratha from using the eroding concrete quay as a place to congregate, though subtlety is advised.

The Tribes each maintain their own designated areas that, while not off-limits to others in the strictest sense, are best entered only with an escort of the respective Tribe. This is not an exhaustive list.

Do you have a PC-owned or player-created location that you think belongs here? Let Staff know!